obdexpress.co.uk is verified to clone VAG CAN PRO can work as the original does,like diagnosis, coding and programming.

part 1 :about VAG CAN PRO

Q: Is the VAG CAN PRO a full version?

Q: Does clone vag can supports coding and programming?

A: definitely yes. The VAG CAN PRO at obd2express can do coding and programming as the original.

Moreover, the clone doesn’t need engineer codes for coding or programming, while the genuine needs it.

Q: Does it support UDS protocol?

5054a ODIS is OEM, so it fully supports every VAG model, but it’s slow and you need online connection for being able to do a lot of things.

VCDS is super fast, best to read DTC’s and do basic stuff and some coding, but it doesn’t work well with new MQB platform.

VCP is little bit a mix of those, reads DTC fast, every feature is done offline, and work very well with MQB.

VCDS and VAG CAN PRO + K are very close level features (there is also a small resemblance in the software interface of the two).

VCDS is the best known and most used of the two, so you more easily find topics on speaking forums VCDS that VAG CAN PRO + K.

diagnostic Level, VCDS exceeds VAG cAN PRO + K, even if it progresses from version to version.

coding level, some encodings are sometimes not possible with VCDS then they are with VAG CAN PRO + K (RLFS coding, coding ESP, also VIM coding which is a “specialty” of VAG CAN PRO + K).

more anecdotally, sometimes with some encodings require VCDS resume it several times before it is taken into account by the vehicle, while with VAG CAN PRO + K it works 1 shot.

the VAG CAN + K PRO software has a list of predefined functions, kinds of shortcuts to quickly do some actions without knowing the value of adaptation or corresponding coding.

It also has a backup feature and flashing the entire contents of a computer, that does not have the VCDS software.

access to all files for VIM coding on various VAG vehicles (105 €).

(it is rare, but the VAG CAN + K PRO interface is also in clone / unofficial 3 with additional features enabled, clone VAG CAN PRO for nearly 45€ from http://www.obdexpress.co.uk/wholesale/new-vag-can-pro-can-bus-uds-k-line-scanner.html 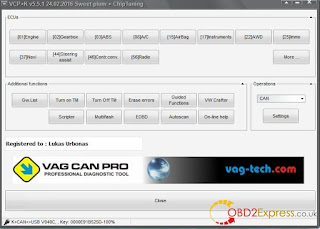 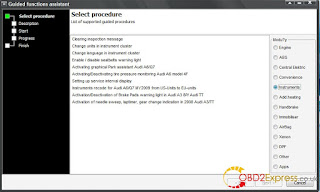 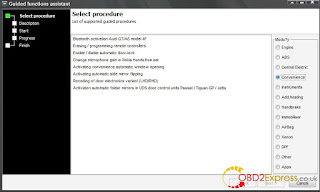 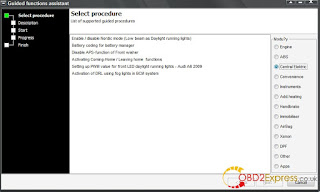 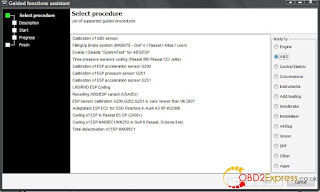 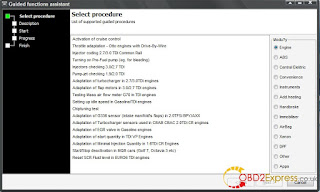 Support for new addresses entered in the MLB-Evo platform

Update database-ODX (support for all models 2015)

How to users think of VAG CAN PRO diagnosis?

This model has a can-bus (TP1.6), but it is not connected to the diagnostic socket. The car is fully diagnosed on the K-line (VCP required interface + K). Used protocols KWP2000 and KWP1281 it.

This model has a CAN BUS TP2.0, but the diagnostic socket is only connected to the so-called CAN-Antrieb, i.e. Engine, transmission, airbags, ABS, Quattro drive.

In addition, a standard K-line. In other words, VCP fully supports the diagnosis B7 models, but only in the CAN-Antrieb. Other controllers are available through the K-Line and KWP2000 KWP1281 protocols.

** Mike talks about differences between VAG CAN PRO (VCP) and VCDS:

I have both, and can say with absolute certainty that VCP does NOT replace VCDS in any way.

VAG CAN Commander is a tool used to retrieve and modify information from the program area of the ECU.

VCDS will give full access to all control modules in the car for diagnostic purposes. It will not allow you to modify the program memory of any ECU. Having said that, VCDS does allow you to “code” a module – selecting different factory installed options. All diagnostic procedures performed by the factory tool at the dealer can be performed using the VCDS tool. In fact, the tool design is made to conform with the same terminology used on the factory tool so that factory repair information can be used with the VCDS tool.

s on your PC. VCDS only supports the functions built into the modules that were intended by the designers for diagnosing problems and effecting repair of those problems.

What functions has been TESTED OK by obd2express engineers?

* ZDC-loading containers in the electronic components;

* Unlock video in motion (VIM) on the MQB platform (Discover Pro and MMI-MQB);

* “Login finder” – allows you to scan and logins in the CAN controllers UDS;

* Support for the new Passat B8;

* Full support of Audi TT-3 on the platform of the IBC;

What models can be supported?

The VCP Scanner support CAN BUS + UDS + K-Line for diagnostics and programming of electronic components used in vehicles Volkswagen, Audi, Seat, Skoda, made from 1990 to 2015.

Sprinter (VW Crafter) – – Only the engine and immobilizer

Transporter / Multivan (Only after the CAN-BUS drive for storing data)