I used this VMWare Workstation 12 on a Mac to successfully flash the PPK on a 2012 335xi e90 today. it shouldn’t be too hard to make it work with fusion I don’t think. ISTA/P 3.56.1.002 is working awesome! In a uncompressed VM size with ISTA/P is 280GB.
Note: have to run it in bootcamp until we can find a workaround for mac users

Here are some tips and ideas after i used this… Wish this helps.

Diagnostic tools can be used:
K+DCAN and ENET cables are supported for everything but MOST ring modules. For those, you will still need an ICOM emulator. 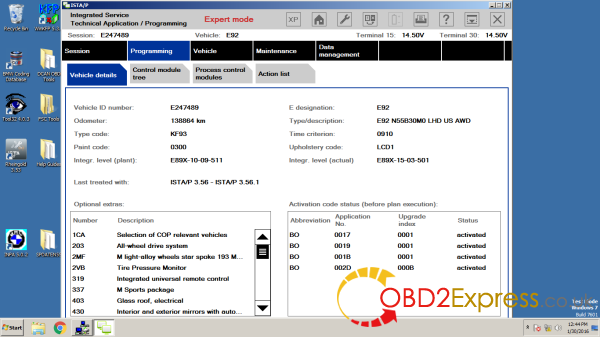 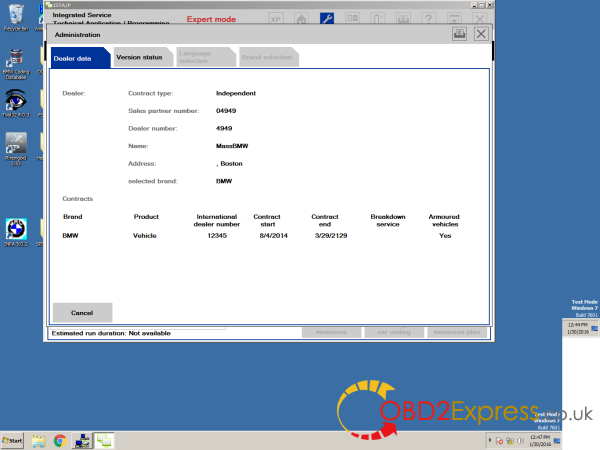 I would recommend anyone with less than 16gb of total host memory drop the VM memory down to 4gb or less.

connecting in either NAT or Bridge mode:

for use of an ICOM or ENET cable, you will need to use bridge mode. For general E9x and other K+DCAN vehicles, your network settings will not affect your ability to connect to the vehicle.

I chose VMWare because I feel like it’s the most stable and offers the most features. I may look into building a version with Virtualbox but at least for now, I’m going to stick with VMWare. I do however, want to get a mac to test with so that I can make sure I can get it working in Fusion as well as on PC. I think building an underlying linux host is a good idea, however, the idea behind this VM was simplicity and I feel like building it in this manner would be counter intuitive to that end goal.

Ublock instead of ABP:

I could install ublock origin instead of Ad Block Plus in Chrome to save some resources as well as speed it up a bit.

Might be nice to have a PDF printer, like CutePDF pre-installed for “printing” from the various diagnostic tools.

Datens on the desktop:
I included these raw daten files in rar format for a reason. While they all are already loaded in NCSExpert, INPA, and the like. WinKFP deals best with one model series daten at a time. If you need to use WinKFP to program a module, extract that rar file and use the BMW coding tool to load it into WinKFP. There is a PDF in the help files folder on the desktop that illustrates how to use the coding tool to load the files into WinKFP. If you don’t plan on ever using WinKFP or programming some of these chassis codes you can go ahead and delete those or all of the datens.

All above is the customer solution. Try on your own risk.

Safe solution & easiest way is to avoid all installation problems, you can spend some dollars to buy BMW Rheingold software that has been installed on hard disk:

(tested without any issues by obd2express chief engineers)