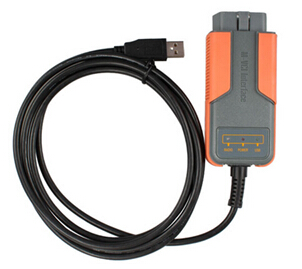 The main files of interest on the CD are “MVCI Driver for TOYOTA” and “Toyota Techstream 10.00.028”. Reading the instructions it required me to install the MVCI driver followed by the Techstream software.

The MVCI driver repeatedly failed to install so after a quick search it appeared that other people also had this issue when using 64 bit versions of Windows 7, I was running 64 bit Windows 8. The solution was very simple are required manually extracting the MVCI driver, I used 7 zip which worked very well but there are many other applications that will extract this installer. The steps are as follows:
(Note: I do not response for the result; I just tested the solution to be workable)

Connect the Mini VCI interface and run the application FirmwareUpdateTool and click the Device Info button. If your device is showing as connected then it is ready to be used with Techstream.