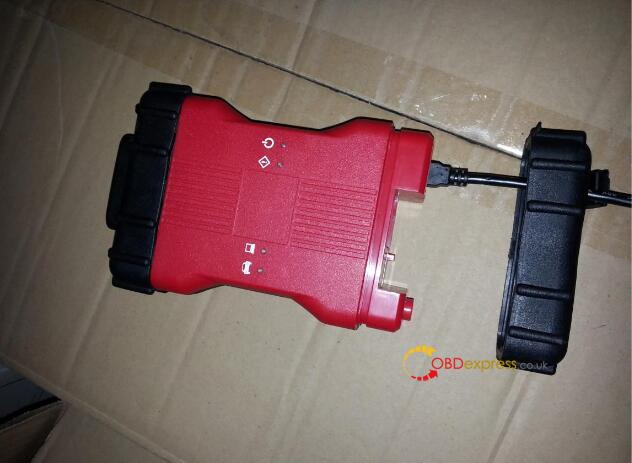 Connect the USB cable to the VCM2 device and hold the (ReSet) button shown as below. 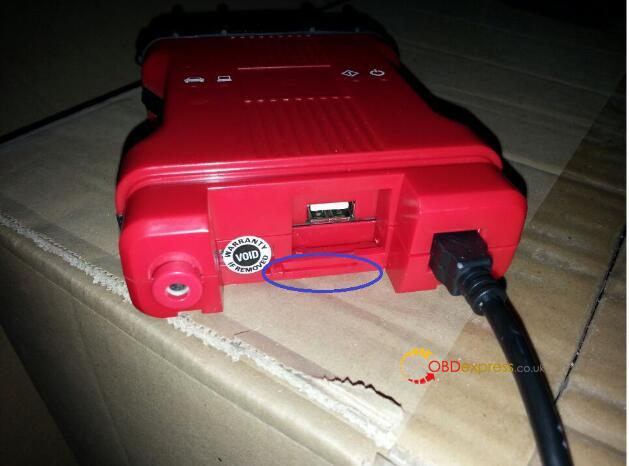 Connect the other end of the USB to a computer with IDS V86 installed, and then release the ReSet button until you hear a beep sound. 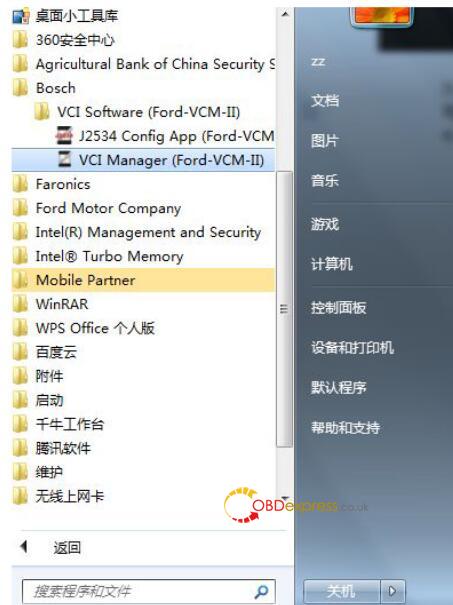 When you see the following image, it means you enter the recovery mode. 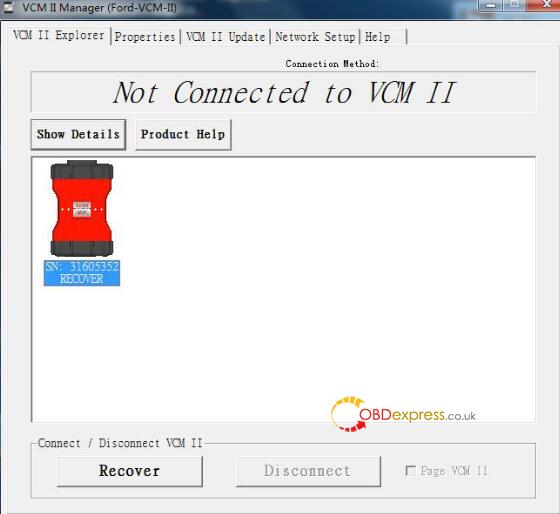 After clicking on the “Recover” button, the program will switch to the VCMII Update interface. 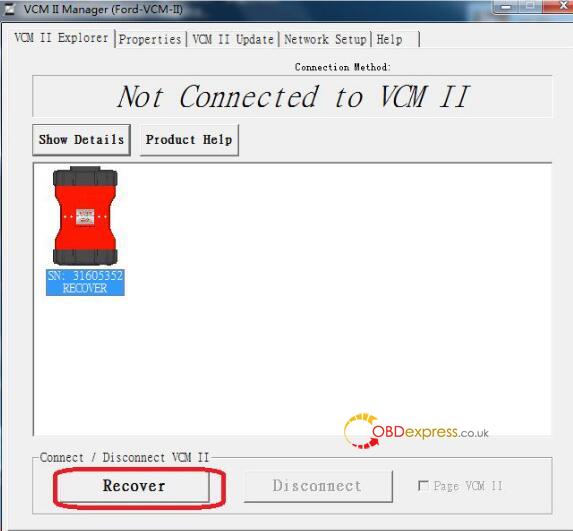 Click on “Start Update” to start the firmware update, and the following image will appear “Do not unplug the VCM II from the PC or remove power from the VCM II during the update process.” 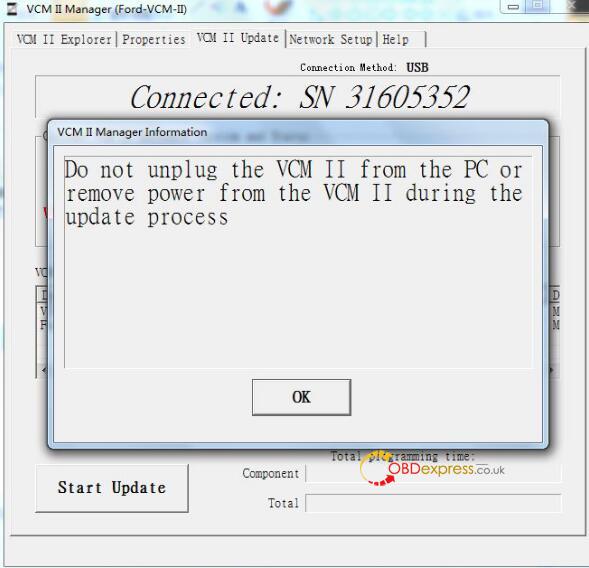 After clicking on “OK”, the following image will appear to start writing the new version of firmware. 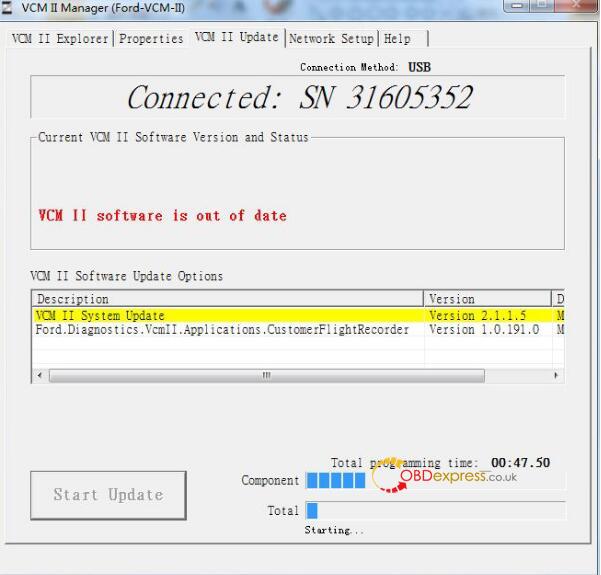 When the upgrade completed, the following prompt interface will appear, and the VCM II will automatically restart,wait until you hear the “beep”. Now exit VCM II Manager. 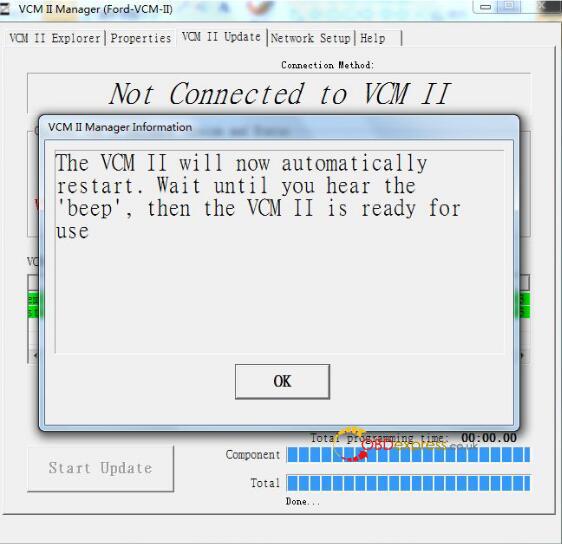 Run the IDS. When the icon shown in the figure below appears, the VCM update is complete and it can be used normally. 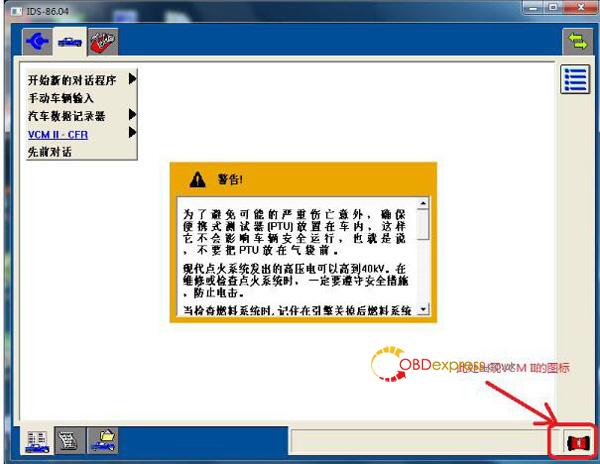