[[I am copying this post from the one I made on MBworld as well, I figure both forums should see it, especially considering MrScott belongs to this one!]] This post assumes you have some knowledge of the software used. I’m not entirely comfortable making a full walk-through for beginners, as this is potentially risky.

After spending quite some time tinkering with and learning about DAS/Xentry/Vediamo, I believe I’ve almost completely solved my issues with throttle lag on my car. Since owning the car I’ve noticed that depending on how the car is driven, like through heavy traffic or on country roads, the throttle response to the gas pedal does not seem to stay consistent. For example, if I start off driving the car in stop and go traffic, the pedal seems to become “lazy”; next time I mash on the gas, there’s a very noticeable delay in throttle input and sometimes the car doesn’t shift down when it should, either in C or S mode. It was quite annoying, and on a few occasions, kind of risky. Aside from that there’d be a very noticeable difference in the way the car performed on a day to day basis, sometimes it felt sluggish, and other times it felt pretty quick. I really didn’t like how it was unpredictable.

This is discussed in a threads like this, and it appears that ECU adaptations are the cause for this. I’m sure the adaptations would be effective in some cases, but where I live and how I drive, the adaptation process seems to have a difficult time calibrating the throttle response, and the result has been pretty undesirable to me. It seems others have the same issue, and have tried solving it doing the simple TCU reset. This reset does work, very temporarily. Every time I tried it, it’d help for a few drives but then it’d revert to sluggishness. I went over 10,000km after pulling the car battery and doing the TCU reset to see if the car needed a long time to “learn”, and it did improve, but the inconsistency/unpredictability of the throttle input, and delay, still remained an issue.

I’m very glad to have spent the money getting a diagnostic multiplexer, as it’s allowed me to learn quite a lot about how these cars operate. On top of that, I’ve done a bunch of tweaking to get things to how I’d like. If you have access to one, or know someone who does, the following tweaks have solved these problems for me. This could likely be accomplished in Xentry rather than Vediamo, but I was unable to get access to the necessary settings through Xentry myself. I Please note, I have no idea the effect this will have on warranty, as my car is completely out of any warranty..

MrScott52, a very helpful member of Benzworld posted a youtube guide on how to enable a few parameters to increase responsiveness of a diesel variant in an earlier version of DAS; these tweaks seem to make a difference with my 2.5L V6 M272 w204 as well. (I’ll link the video in a following reply.)

Attached below are the necessary parameter changes for the ME 9.7 ECU in Vediamo, which solved my issues with throttle delay (many listed in MrScott52’s video), and here are the descriptions of each:

#1 (Lastschlagdaempfung) This is the most important one. This parameter seems to be the main culprit for the inconsistent feeling throttle response and sluggishness, and I believe it causes the wonky throttle bodyadaptations which I find so awful. Disabling it has removed most, if not all delay in throttle input. It is referred to as “load-reversal damping” in Vediamo (german), but it is the “Throttle Change Damping” parameter in Xentry. I changed this parameter about a month after the others, and it definitely had the most significant impact on throttle response, and now the throttle is very consistent in performance. I believe this parameter is more directly related to the actual throttle body than the gas pedal, unlike the next parameter.

#2 (Pedalkennlinie) This is the pedal curve parameter. My car had KLD4 as default. You can play with this, and possibly leave it at KLD4. However, I changed it to KLD2. From what I understand, KLD2 is meant for cars with a manual transmission, and as such, I’d expect the pedal curve to be the most “natural” feeling to the driver. In contrast, I believe KLD4 is more responsive, but “jumpier” (more erratic in terms of throttle input). Combining KLD4 with disabling the throttle change damping parameter may be undesirable in terms of comfort/consistency.

#3 (Momentenbegrenzung) This is the torque limit parameter. The main effect I’ve observed from disabling this is that the car doesn’t reduce throttle/torque as much while cornering anymore, and the car seems to accelerate slightly faster from a standstill than before. May not be necessary to fix throttle delay, but I find it favourable.

#4 (Momentenerhoehung Getriebe) This parameter is supplementary to #3 . Like MrScott describes in his video, it allows the engine ECU to monitor torque output and send it to the transmission, but keeps it within safe/comfortable limits. I find this parameter to improve gear shifts very slightly; torque input and acceleration remains very steady throughout gear shifts. I believe it very slightly improves acceleration, even compared to only having the torque limiter disabled. Do not change this to the GSG setting. Doing so resulted in some very uncomfortable shifting. I’m not sure if there’d be a long term effect on the gearbox here, so just don’t as a precaution. The option highlighted in black is the default setting – the ECU is not allowed to increase torque to the gearbox depending on measurement.

With all these parameters changed, I have my car performing the way I’d like it to. It’s performance remains far more consistent, there’s significantly less throttle lag, and it does actually accelerate faster (I’ve measured), but only very slightly. Starting off in C mode on an incline also no longer feels like as much of a strain. Now, all of this being said, if you have the tools and such to do this yourself, or know someone who can, you do so at your own risk. I’ve driven over 10,000km already without any negative effects of this, but I just don’t want to be responsible if anything goes wrong. I can’t imagine anything would, though. If you are willing to do this yourself, please be aware that there are many ecu parameters that are difficult to understand, and modifying them at all could potentially cause irreversible damage. I do not recommend making adjustments to any other unknown parameters without thoroughly researching their function and/or purpose.

p.s the screenshots were taken in simulation mode, I didn’t think to screenshot anything while I was actually connected to my car. The highlighted values are still of course relevant. 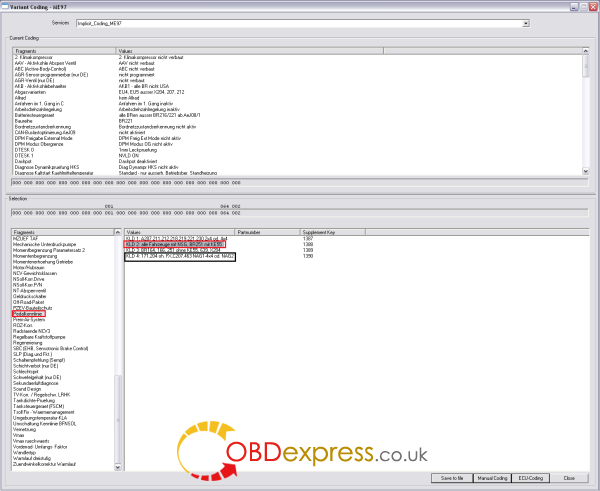 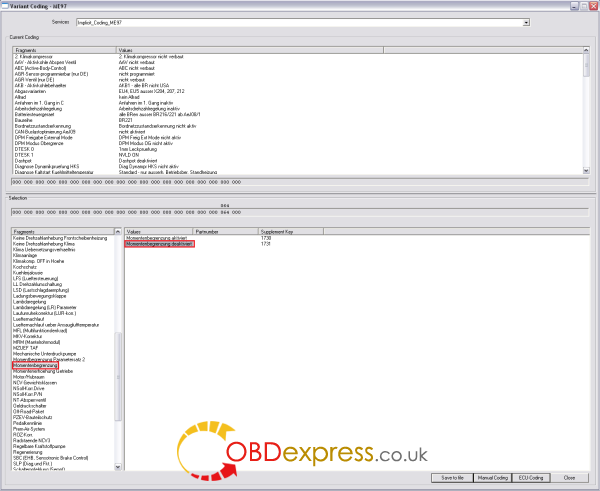 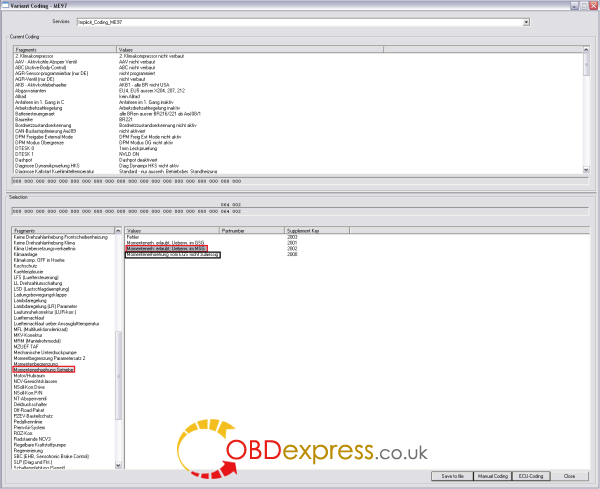