Chevrolet Corvette C7 Z06 has two check engine light on (CEL), bought cheap obd2 code reader to flashing p0300 variety, I checked the mode6 data for the CEL after pulling over and apparently cylinders 5 and 7 were both misfiring. Some friends have the same problem and offer their solutions for reference, and finally I get the troubleshoot.

GM scan tool to use:

– Don’t have deep level of detail

Local GM Holden dealer who has one which is compatible with Corvette C7 Z06.

Bought a cheap Bluetooth ODB device to Flashing p0300 variety. I checked the mode6 data for the CEL after pulling over and apparently cylinders 5 and 7 were both misfiring.

I tried changing 5/7s spark plugs, coil packs and spark leads over to cylinders 1/3 and then tried to drive the car again from a cold start. As an aside, this is what my plugs look like: 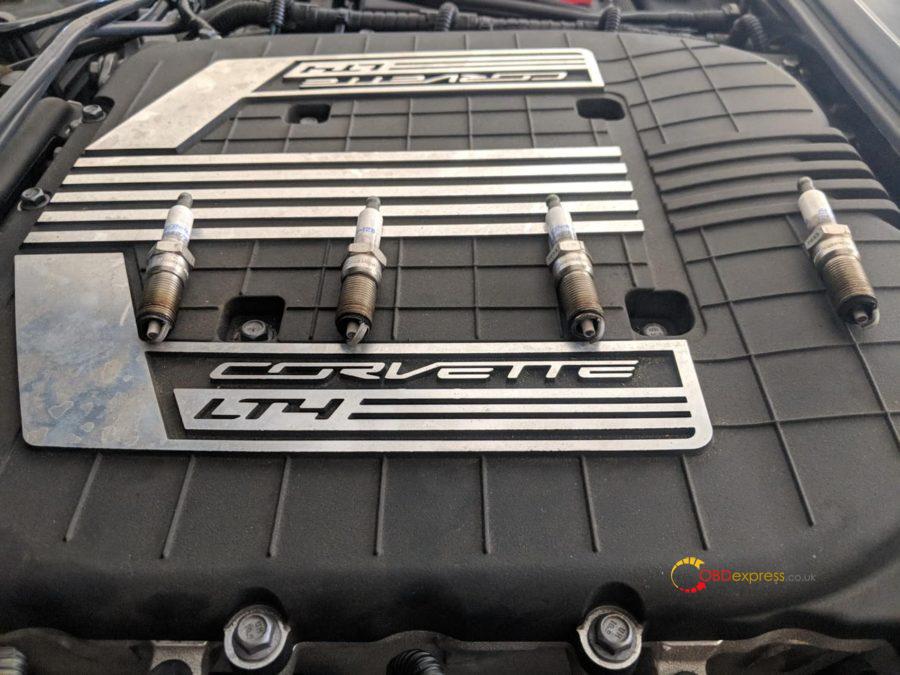 I’m not certain how to gauge the wear on these particular plugs so if somebody can chime in as to whether these need replacement or not that’d be good.

Anyway, Tried to drive the car from a cold start – seems like it didn’t change much. I can’t really ‘feel’ the misfires but I presume they are there – the car isn’t cammed or anything so I don’t see them being false positives.

Also learned to burp the spark leads and what a ‘real’ misfire on this car sounds like pretty quickly when the Cylinder 3 spark lead came off on the way back from testing. Not a positive experience and not fun trying to thread a spark lead back on between heat shields and naturally I’m already pretty nervous about the car throwing a CEL in the first place.

I also now get a P0300 code set when the car is set to ignition (engine not running); the CEL light itself isn’t being lit.

Also ohmed the spark leads – multimeter set to 20k ohm. As they were all reading within a close range I’m presuming that these are all functional and not all broken. 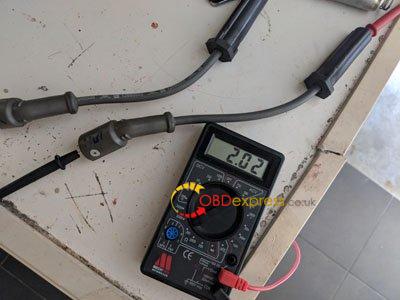 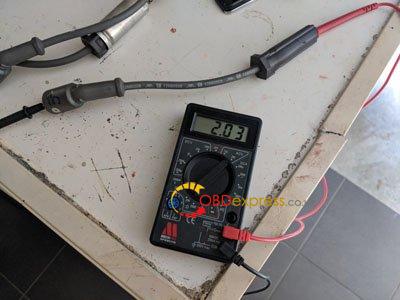 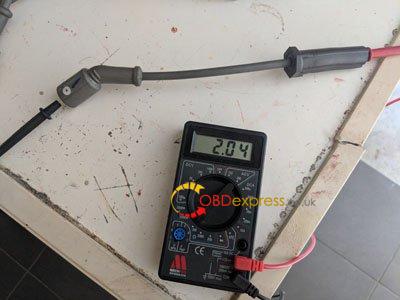 Same experience and how to do:

Just an idea…….I had similar problem on a different vehicle and
It turned out to be a intake manifold leak on the particular cylinders having the misfire.

Never hurts to replace plugs if they are out IMO.

Suggestion 2: because of faulty fuel injector

I got a CEL due to a cylinder 6 misfire in the paddock at VIR before ever getting on track. After a week of troubleshooting it turned out to be a faulty fuel injector. I guess is was failing over time and chose the morning of a 2-day track event to degrade to the point of causing the CEL (terrible timing!). 2017 Z06 with 10k miles.
Something to consider if it’s a misfire on one cylinder in particular.

The misfire algorithm detects the acceleration or speed of the crankshaft every 45 degrees of crank rotation.
If it doesn’t accelerate or remain constant (the crank slows down) then the PCM/ECM knows that cylinder didn’t ignite any fuel.
Point is lack of fuel or fire can lead to this code.

The OP has 2 cylinders misfiring. The likelihood of 2 injectors going bad on a fairly new car at the same time is low probability.
The issue may be due to fuel or increased boost? I didn’t see if the Op said he had any modifications.

First place to start (if you dont want to spring for a new set of plugs just yet) is swap the 5 and 7 plugs with other plugs on the opposite bank that are firing well.
If the misfire follows the plug(s) you know its the plug(s). If it doesn’t then you know its electrical (injector or coil), or the result of a modification.
Again you can do the same swap trick with the injectors, coils and wires as well, just keep notes because it can get confusing as to what was where and what the result of moving it was.

The failure code history report should show you at what rpm the misfires are occurring, what the throttle conditions were and how many misfires occurred for each setting of the code. P0300 misfires aren’t specifically limited to one cylinder but the history report will show which cylinder misfired. For instance the history report for my car showed P0300 with cylinder number 8 misfiring 64 times at 5200 rpm at wide open throttle through one 20 minute track session. However, P0308 the misfire code for cylinder 8 didn’t get set until the cylinder misfired 521 times during a different 20 minute track session. I never felt the any of the misfires related to the P0300 codes, the engine just felt sluggish above a certain rpm, while I definitely felt the misfires when the P0308 code was set.

Reply to the suggestion 4:

I surmise this is for GM specific ODB information – I don’t have that level of detail available on my cheap Bluetooth ODB device. Do you know how many misfires constitute a ‘standard’ driving session (from a cold startup, etc) or should there not be any in standard driving scenarios?

I don’t know the answer to those questions. As for getting the Freeze Frame Failure Records I imagine if your mechanic has a GM MDI 2 tool and access to the GM TIS2WEB service site the data would be available. DIYers in the US can get access to the TIS2WEB service and diagnostic information for 3 days for $20. 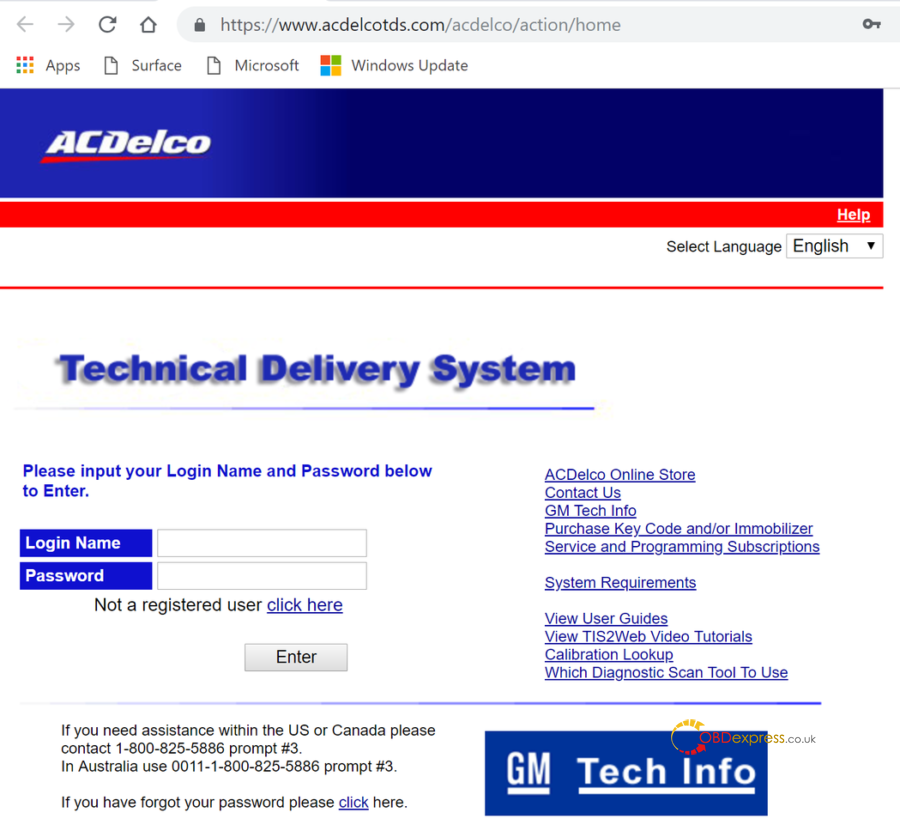 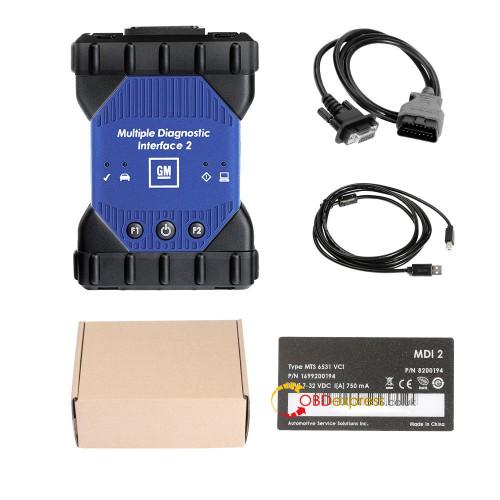 Quick update – have had the garage check the manifold pressure (fine), intercooler bricks (fine), purge the intercooler tank, check O2 sensors and Cats (within reason according to ODB reader).

Will be attempting to siphon the tank to see if somebody’s jammed sugar into it, then removing driver’s side fuel and running passenger side out of gas.

Is now with the local GM Holden dealer who has an Gen5 compatible GM ECU diagnostic tool (AUTEL MAXISYS ELITE MXI MS908) so maybe we’ll be able to learn more this way. 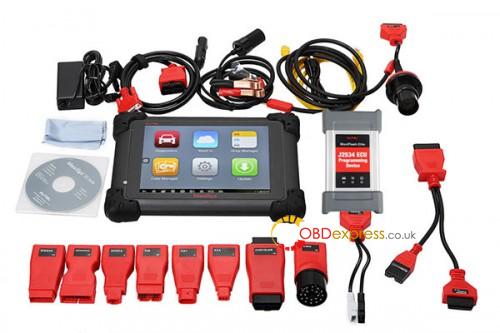 To clear up – was just going to siphon the driver’s side and allow the tanks themselves to clean themselves by running the car. Dropping the passenger tank would be an enormous effort I agree and not solve anything either – by ‘removing the drivers side fuel’ I just meant actually siphoning it some of out, not removing the tanks completely.

The misfires occurred at a fairly normal temperature over here (about 25 degrees celcius) – we’re about 50m above sea level so not a high altitude.

No modifications have been made to the engine itself yet – everything’s original.

Had all of this done last week and only got the details back this morning.