Purpose: Trying to create a spare key, I don’t have a spare.

Get Autohex II BMW Full Package and you will be fine.. it’s safer with this tool!

Autohex II is an advanced tool for Encrypted CAS (CAS3+), locksmiths can add new key with or without working keys available for all versions of CAS3+.

If you remove the cas3 yourself,
You will need a programmer to read data.
R270 from China is cheap, and works fine.

Then you still need to have a tool that writes the data in your new key.
And Cut a key.

If you take all this effort, the risk, the time, the money.
Consider either find a locksmith that dares to to do this job by obd.
Or remove the cas yourself and send it, to a locksmith.

Xhorse VVDI2 is the best way of preventing the risk of CAS3++ Istap failure when programming key via OBD only CAS3+.

1) Continuous 13 volts with a voltage stabilizer.

2) Voltage  it’s one thing you need to consider.

3) Voltage… I done lots of them no problems

4) The voltage drop can be the reason it fails.

5) Voltage is the biggest thing. Best way to do it is on the bench to be safe.

6)  The best way to prevent an issue with the downgrade is to not do it via OBD. Or pull the CAS out and read/save the eeprom prior…. It takes 5-10 minutes to do with some practice. Read CAS with programmer .. make key .. put all back ..job done ..

So if you need to do with VVDI2 via OBD. Go and get a battery stabilizer. It will work.

The best way is to backup eeprom and write key on bench.

When you go in CAS Keys special function, we will get a new window with decrypted raw data of registered keys on CAS (Car Access System) 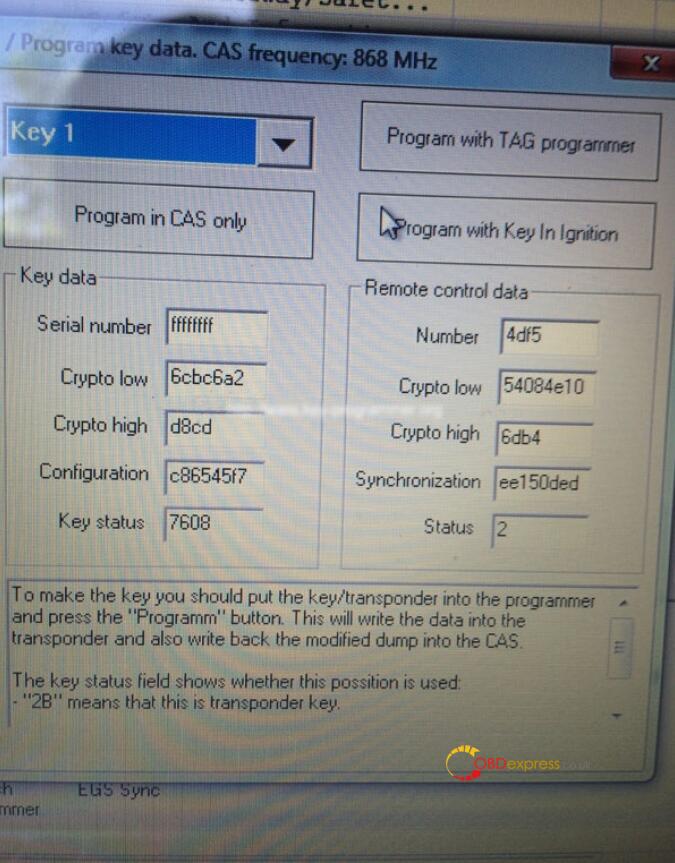 As we can see on picture, after reading CAS Keys data, we can easily make new key by OBD.

Either by TAG key tool (antenna) or directly in Ignition Switch, its just a matter of 3 mouse clicks.

Any existing key on that position (for example, we choosed Key 1) will be overwritten by the new key.

But instead, if Serial Number contains data and Key Status shows 2B00 or 4B00, means there is already a key registered on that position.

CAS Info screen tells you about key in ignition, and gives u info such as if a key is enabled or disabled. 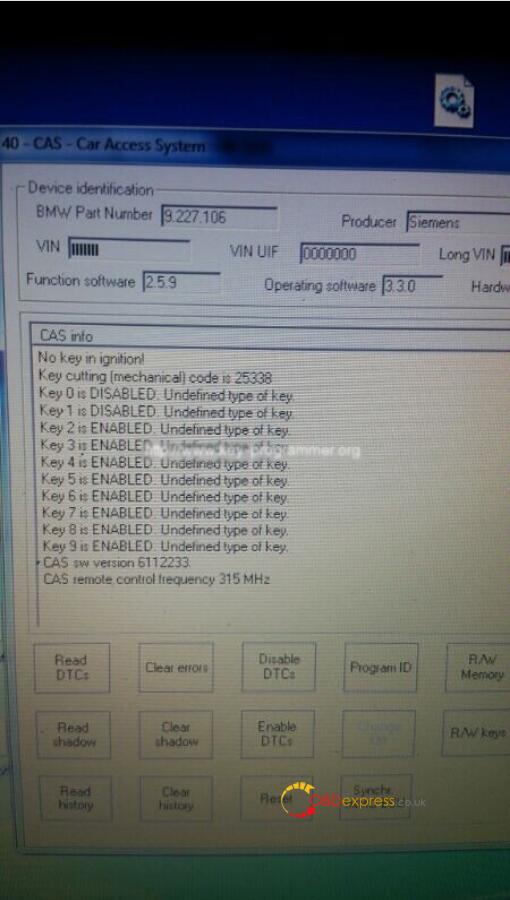 Just an update.
I bought a VVDI BMW.
The R56 mini was CAS3+ not encrypted so I didn’t need to downgrade, so less risky.
Added the key perfectly.