There are many products in the Autel MaxiSYS MS906 series, and how to distinguish them has become a problem. This article will introduce the differences between the various models of Autel MS906. In order to save readers’ time, the conclusion is written in the front. Interested readers can continue to read the details below.

Conclusion: There is not much difference between MS906 Pro and MS906 Pro-TS. From the model code, MS906 Pro-TS has more TPMS function.

Instead, there is a big difference between MS906S and MS906 Pro. 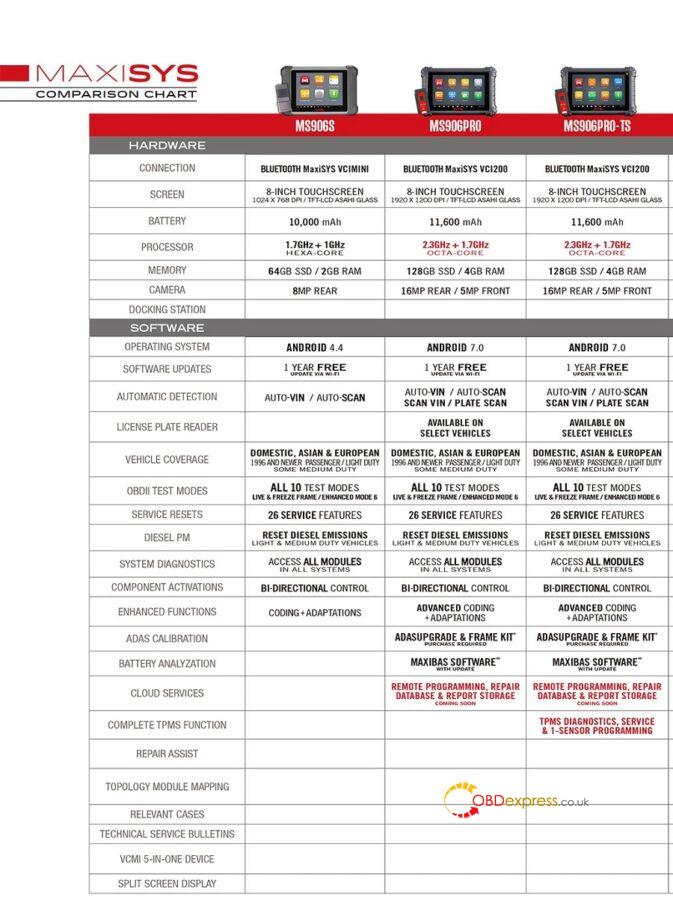 Since most of the functions of Autel MaxiSYS MS906 Pro and MS906 Pro-TS are the same (except the TPMS function), we will focus on MS906 Pro-TS:

* With additional purchase of the MaxiBAS BT506 battery and electrical system tester.

With purchase of ADAS calibration frame system and software.