Chinese clone unit from VXDiag, the VCX Nano. This comes with a cracked version of Tech2Win and GDS2. There are units that are USB connection or WIFI connection. Unless you are needing to re-flash or program modules, a subscription is not needed. In the C6 forum, the users there are primarily interested in using Tech2Win, as the cost of the VCX Nano/software is much less than a native Tech2 clone.

For $275, as an experiment I took the plunge and bought the VCX Nano for GM and a refurbished laptop running Win 7. The Nano included the software and a cable. The provided Tech2Win app is installed as a native Win 7 application and when paired with the Nano works just like the stand-alone Tech 2. I currently have this working correctly on my C5 and C6 as well as a few other earlier GM cars. I also have a stand-alone Tech 2 so I can easily compare differences between the two systems, and so far I haven’t found any. My interest in this setup is more to the GDS2/MDI functions for a C7 and a Chevy Cruze.

The included GDS2 app for the later cars runs as a VMWare WinXP virtual machine on the same Win 7 laptop. I am currently having some issues with the VMWare component but am working through those with the help of those who have one running. GDS2 software is used for the 2014 GM cars (as well as specific earlier models) and the VCX Nano is a clone of the MDI module.

My understanding is that the 2018 and later modules require the MDI-2, this supposedly being a unit that offers faster communication when re-flashing. There is another forum member who has purchased a genuine GM MDI and is testing if it is compatible with the cracked software.

I am currently using this one, $119 as of the time of this posting:

With either the above item or a genuine Bosch MDI, you also will need a PC, and if you want to flash/program modules an AcDelco subscription. If you don’t need to flash modules, then no subscription needed with the above item. The unit I have covers GM vehicles up through and including 2016. Works on my Chevy Cruze and C7 using MDI/GDS2, also works as a PC-based Tech 2 on my C5, C6, and Hummer H3.

Also, MDI will work on all C7s:

The use of an MDI or other pass thru device, and GDS software is required for troubleshooting all GM platforms starting from 2014. From 2009 through 2013 the standalone Tech 2 could be used on some models while they transitioned to Global Diagnostics (GDS).

The MDI will work on all C7s, however the MDI-2 is much faster when reprogramming modules.
Here, rather than just guessing what cars the MDI is used for, refer to this GM chart for specific years, makes, models: 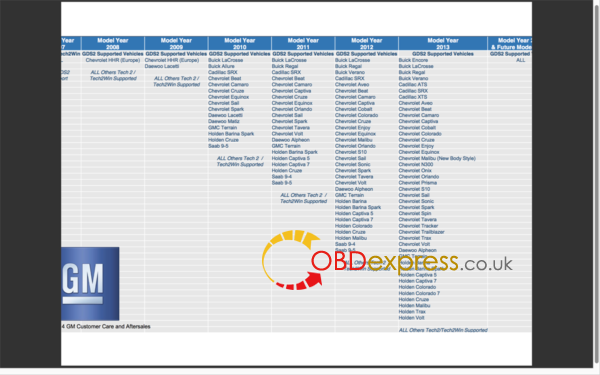