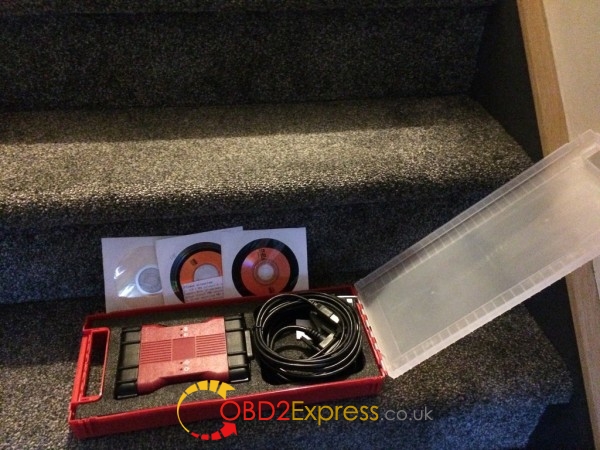 I recently bought one from the site obdexpress.co.uk. I bought the V98 VCM2 wifi model . I have not played with it much yet and have yet to get the wifi part to work. I was able to get the software loaded and operational. It took a few attempts to get it right. The link is for wifi compatible model but does not include the D-Link wifi modules. It is also needs a firmware update to use the current v97 IDS. If I bought it again, I would not buy the wifi module equipped version.
Video on how to install the software. It is cumbersome but does appear to work. It is installed within VMware. VMware is a virtual machine running on the laptop. Virtual machine emulates a computer within a computer isolating the IDS from the real world and license checking. I would suggest as one did above to buy an old laptop with at least 3gb of memory and 256gb disk drive. I loaded w7 on mine and the software with the VCM comes with WMware and an image of XP sp3 to load for IDS. (Ford 96 VCM II VMware)

Review 2: Happy with both vcm2 with old ids

Well I am going to chime in with my experiences, I have 2 clone sets. One is hard wire and the other has the wireless connection.

The key when installing the clone software is the patch file. You must run the patch before you try the app the first time.
If you don’t you will have to dig out all it parts that are buried in the system you installed it on.

The hard wire connections on both work just fine however the wireless connection was a PITA and I was not able to get it to work. Also
the software that came with that clone was messed up somewhere and would not connect even hardwired. Both units work on the first
copy of IDS I got. I will be testing the clone with a REAL IDS that I have.
I picked up the older disks on Fleabay. They are the 2009 issue ones.
We will see.

All in all I am happy with both units when used with the older software. BTW the reason for the 2 unit is I was testing a new supplier in China. They did well and my other supplier is back working again so if I do buy for people I can go back that route to get new units if I need/want any.

I have a clone that works. The software is a bit of a hassle to install, but I picked up a cheap laptop on Craigslist to dedicate to the job.

Clone vcm2 also has good quality, i’m not saying ebay or Alibaba. good quality Ford VCM from china works just like original, there is some good quality benz and BMW units out there, vag com and VCP for vag. Honda HDS interface is very cheap from china and latest software can be found online and works great never failed me….

I have read somewhere that if you try to use the newer software from Motorcraft it will brick the Chinese units.

I know someone that has the older IDS software from before the VCMII days when they did not have the phone home feature
in the software. he was able to use the older software. But with the clone VCMII I am not willing to take a chance of bricking mine.
I did try an install of the older software and it did not connect with the newer VCMII. It did not recognize the device.

I wished that Motorcraft would come out with a reasonable priced <<<< Ok I know that is a funny one.
tool for the DIY guy. Maybe they could do what the tuner people do and marry it to the VIN and if you need more than one VIN pay
a bit extra but not the $600+ per year like it is right now.

BTW my idea of reasonable price is lets say $250.00 for the tool and $25.00 and $25.00 year for each added VIN over the 1st one. Also no phone home built into the software. I have been bit by that a few times by forgetting to plug something into the internet or not accessing the app and having it lock up till I reenter my password and let it connect. (sorry pet peeve)

Review 6: good with cars but not good with trucks

I have 2 that work great. I did run into a truck that is the same year and model as mine
that for some reason I could not get it to connect. Going back later this week to retest it.

That truck had been “Worked On”. Is it a monkey job I don’t know yet.

Review 7: hit and miss when read a truck 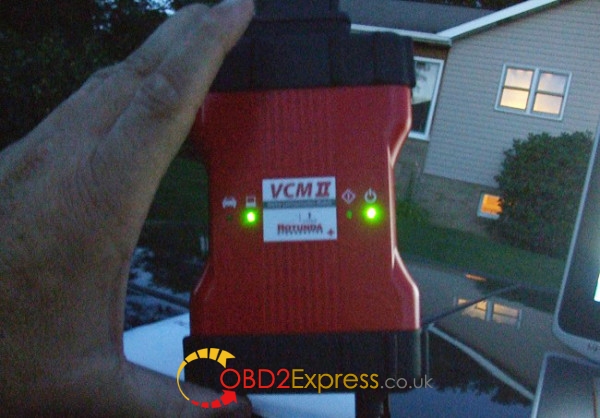 VCMII is just slightly more expensive then VXDIAG nano.
As far as I know, it’s hard to find a good independent workshop there. There’s a few in RJ though

VCX nano is a VCM emulator. You can not use use it for anything else. But you you use VCM II for Pass Thru for Xentry, HDS, TIS, GS2, JLR, Volvo, Nissan Consult and numerous other. Right people can flash it Maserati/Ferrari.

VCM II is the right choice, if you buy a good clone with a good serial.

I have both a vcx and a decent vcm2 clone from http://www.obdexpress.co.uk/. I purchased the vcx first thinking I could get by with it and was sadly mistaken.

If you never intend to do anything other than read codes and live data then the vcx will do however I was never able to get it to reprogram anything or connect to ANY north american diesel trucks.

My vcm2 functions flawlessly including updating it and adding wireless to it with a pair of the proper wifi dongles.

Keep in mind when purchasing a vcm2 that there are look alike ones out there that are vcx nanos in vcm2 clothing. (I made that mistake as well lol) Buy it from someone who shows photos of the inside. the fake vcm2 will have a single pcb with one main chip and not allot else going on. A good vcm2 has a second pcb on a riser with two noticeable capacitors on it and both boards a nearly covered with components.