Got an Autel MD808 Pro for my 2007 Winnebago View with a 2006 Sprinter chassis. It didn’t communicate with the chassis out of the box.
Had to download the updates from Autel. Then, No Communication error when using USA–>Chrysler–>2006–>VA Sprinter, same as before updates. Works using European–>Sprinter–>Transporter or V-class–>Sprinter–> then both selection numbers 2 or 3 communicated successfully.

ZUH Heater Booster and ZHE Auxiliary Heater do not appear on the list of scanned functions.

Reset a number of old codes from before I purchased the rig. No codes after all resets.

Definitely worth the money to me.

I also have the Autel md808 pro. used it on an 05 3500. it seems to be able to access all of the modules and give a lot of freeze frame info and live data. also can record and graph live data with multiple things on one graph at the same time. for example you could watch intake air temp and MAF on one graph together. it resets my oil service light with no problem.

Got my MaxiDiag 808 Pro in, connected to my 08 Sprinter and it seemed to read every module with no problems. Here’s a picture reading the TPMS system.

It would read the generic OBD codes on my 1997 Toyota Tacoma but I couldn’t find any Tacoma listings in the Toyota section.

I connected it to my 2006 GMC Envoy and it picked up the ECM, transmission and I think ABS but I didn’t see the airbag module.

I think it’s a really decent diagnostic tool for the money but my initial impression is that it’s better for the European market than the Asian or USA market. 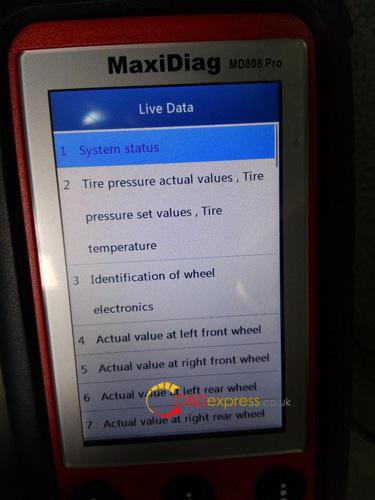 This is the MD802 all-module model.

It does cost more but I guarantee this will be the least you ever spend on a Sprinter. I believe that this is the pretty much the lowest cost turnkey all-module MB scanner available and is a very reasonable deal for the money. Also you can usually find them used in the $100-$150 range. 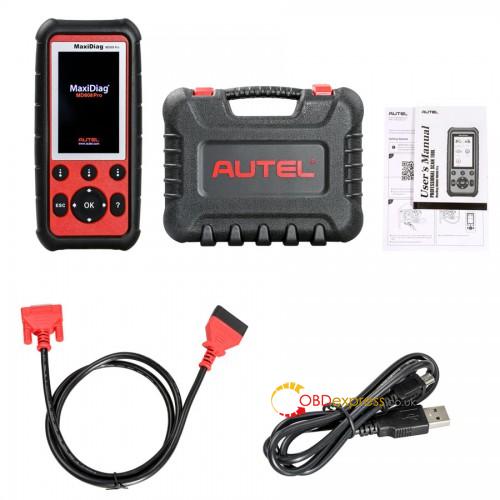 I can say that the Autel MD802 supports the 2007 NCV3 on both the Chrysler and MB/Sprinter menus, in fact as I remember the Chrysler menu has a module a two that the MB didn’t. But the MD808 and Autel AP200 may be different, as perhaps the T1N models.

The Autel AP200 theoretically mimics the Autel 808 in its model identifications.
For many of us, neither the Freightliner nor Dodge T1N VINs that it fetches from the ECM are recognized. We have to tell the AP200 it’s a “model 904” and it’s then happy to perform diagnoses.

This shows the model selection screen that BENZ_Sprinter presents: 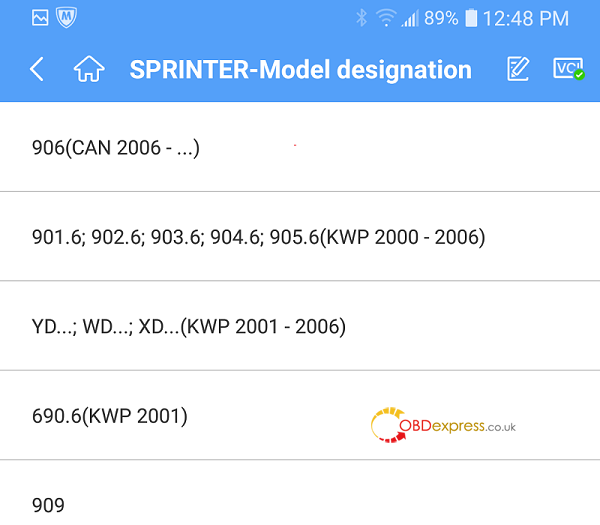