Have 2010 Mercedes Benz ML350 Bluetec, and I’m getting a P0088 FUEL PRESSURE TOO HIGH error code. Car won’t rev over 3,000 RPM… mostly can’t even get past 2,500 RPM. Car starts up like a champ, but hesitates on acceleration… hardly goes over 50mph, and coughs and jerks at low speeds in traffic. I’ve had black smoke come out of the exhaust twice in about 3 weeks. The last one happened when I was climbing up a hilly bridge and the truck struggled a bit. Parts/equipment are hard to come by where I am, so all I have access to is a generic code reader. Hence the P code.

What to do next?

Diesel engines do not have “P” codes. Buy yourself a Benz scanner.

Which MB scanner to own?

You can order a scanner type reader on the internet and have it delivered to you. Here is my recommendation: Autel MaxiDiag MD808 Pro, it is shipped from UK warehouse, for the UK user, it is no tax. 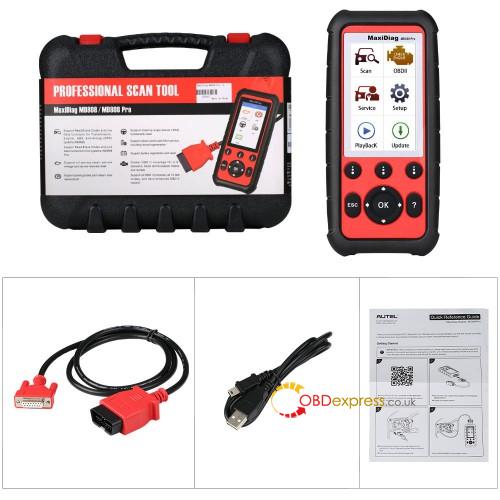 I was able to find a shop with an Autel scanner that gave me 2 diesel codes. So here’s what I got:

13AF00 – The soot content of the Diesel Particulate Filter (DPF) is too high. (Stored & Current)

Explanation of the 2 codes:

With regard to the DPF code, this is something that ‘should’ clear itself if you drive the car long enough on a trip with a good sized part of it over 45 mph or so.
I understand this would be aggravating in limp mode.
Think, enough speed on an open road to at least be tempted to put it in cruise. And I think the duration should be round about 10 minutes.

Again, DPF regeneration/cleaning should just happen. That is, if other components are operating normally.

So, you have a fuel rail pressure control issue.
If you feel up to changing the left hand rail out, or having someone do it – then drive the car, even without using the scanner to clear the code.
The ECU should detect the change in conditions and then clear the fuel system fault (if this fixed the issue). If so, you would come out of limp mode.
Then, continuing on your hypothetical journey, the ECU would decide at some point that conditions are right to do a DPF regen/clean.
When that regen cycle is complete, or perhaps after another drive cycle wherein the ECU detects the DPF soot level to be normal again, ECU may clear the DPF code.
(Perhaps check engine light now goes out)

The DPF code might also involve other causes such as a blocked, stuck, or otherwise inoperative DPF pressure differential sensor. (These aren’t terribly expensive, but a little awkward to access)
The overall soot load can increase as a result of too long running in limp mode, if the engine would rather be building boost (more airflow and cleaner burn).
You may have leak(s) in the charge air system, etc. – But first, I would address the fuel rail pressure issue.

If you see or get referral to a shop which works on diesel Vito(?) vans or Sprinters, they should be also able to work on your car.